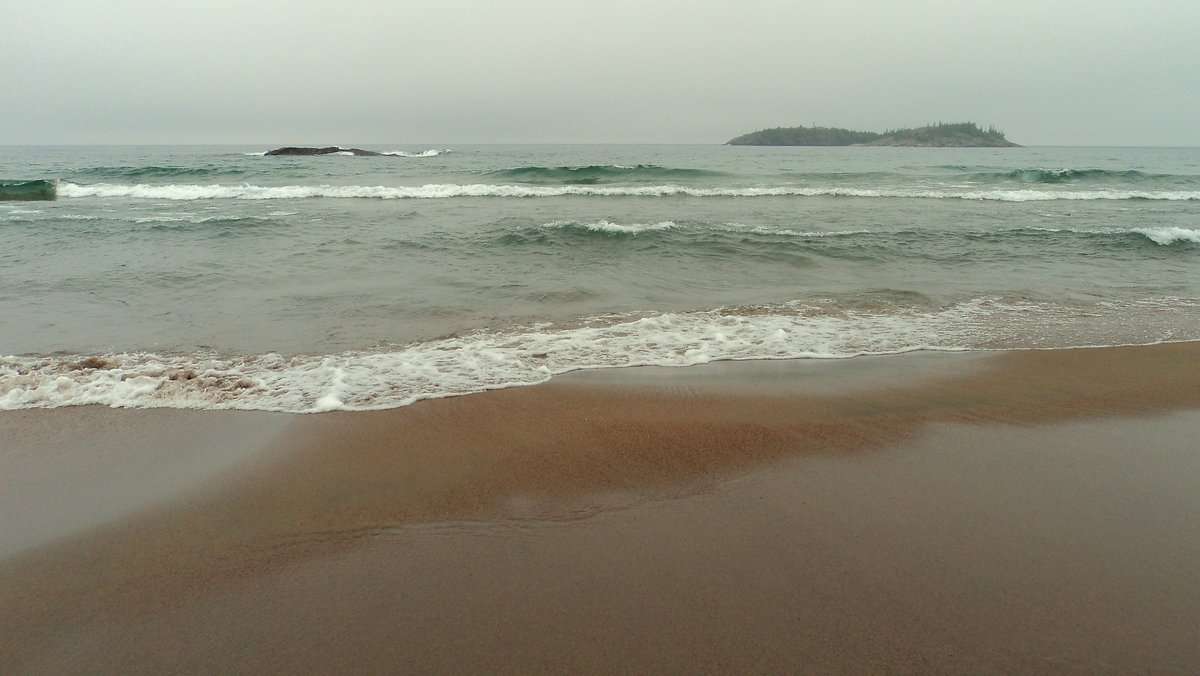 Gargantua is the main access point for the Coastal Trail of Lake Superior Provincial Park. It is an easy 3 km walk down an old road from the parking area to Gargantua Harbour.

You can continue hiking from Gargantua Bay all the way to Chalfant Cove–which is the most northern point of the LSPP Coastal Trail. But with so much to see and do in Gargantua Harbour, it makes a great day hike on its own. There is a ghost town, shipwrecks, campsites, good swimming, and a lookout over Lake Superior toward Warp Bay.

Gargantua Harbour is a natural harbour that became a fishing and logging village that was at its peak in the 1930s and 40s. The only access back then was by a boat that brought supplies a couple of times a year. It seems that the sea lamprey problem was devastating to the fishery and it became a ghost town by the 1960s. If you are interested in ghost towns you can still find several foundations and gardens. The submerged remains of the wharves are also still visible. There is a Ranger Cabin still standing too that was apparently originally one of the fishing village structures.

On your way to the Ranger Cabin, you will see a trail leading to a lookout over Lake Superior. This short hike to the lookout is worth it. You get to stand up on cliffs overlooking Lake Superior toward Warp Bay.

Looking out over the bay at Gargantua Harbour you can see the remains of a sunken boat named “The Columbus”. In the early 1900s, the 130 ft fishing boat caught fire while at the docks, and it was cut free to burn and sink to save the docks and town from burning as well. You can see the boiler sticking out of the water in the bay. Some say there are two other smaller boats sunken in Gargantua Bay as well. If you get the chance, it is fun to snorkel or paddle around the bay to see the shipwrecks.

From Sault Ste. Marie, Ontario drive 170km north on Highway 17. Turn left onto Gargantua Road. Shortly after turning down the road, you will see a park self-pay station. Stop here and pay for your day use pass. Continue down the gravel road for about 14km until you reach the end at a large parking area. It takes about 45 minutes to drive to the end since the road is gravel and there are a few single-lane bridges along the way.