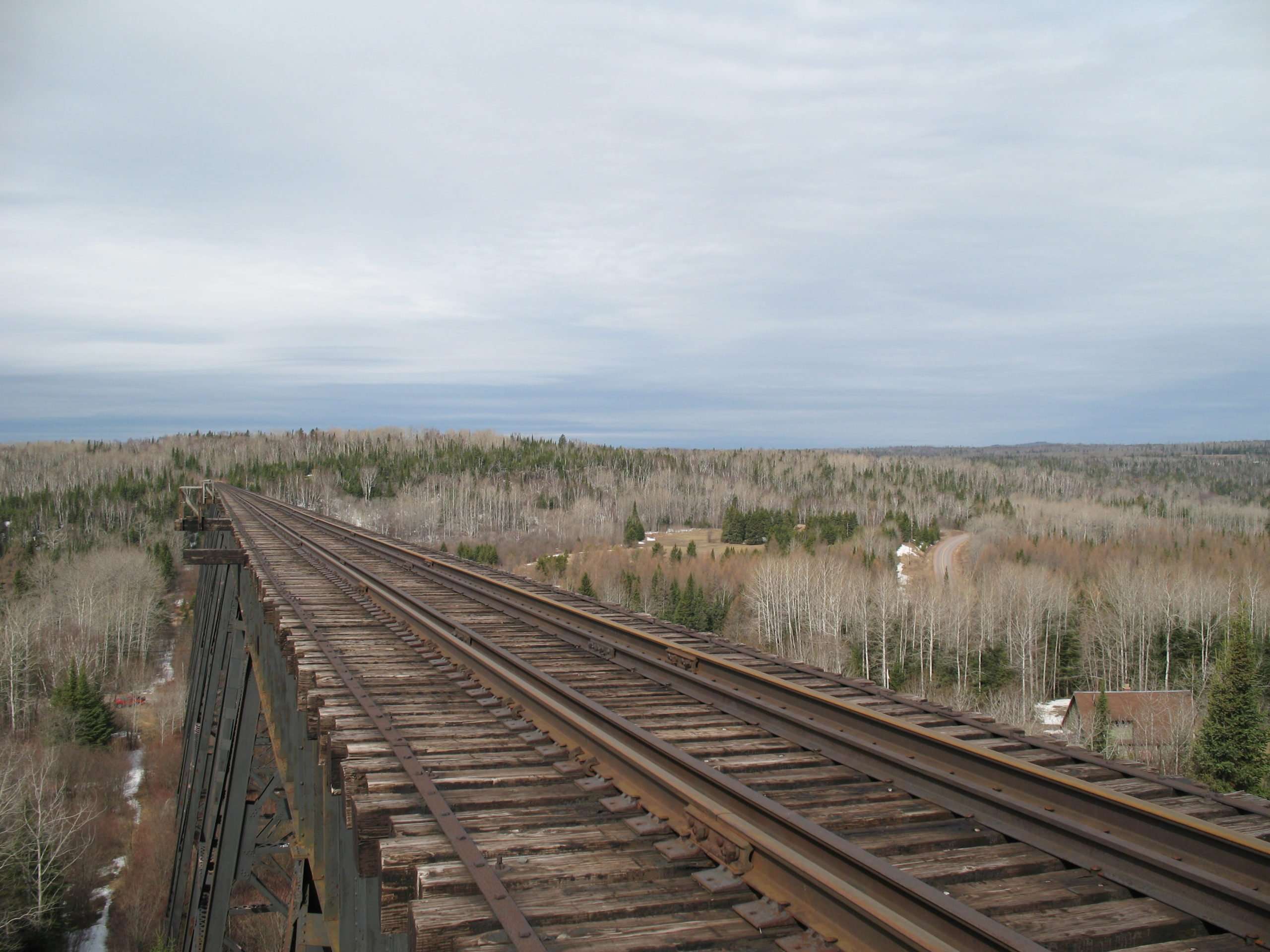 ****October 17, 2012 Update:? The people at CN …”would like to clarify that this section of land is private railroad property and there should not be anyone using it as a trail at this time.”? So stay off the trail for now, and support the Trans Canada Trail Association in their effort to make this part of their trail.

If you are afraid of heights or have vertigo this hike is not for you.? The hike goes from Nelson Road to Karen’s Kountry Kitchen –a great spot to eat before you head back.

The most impressive feature of the trail is the highly visible Pass Lake Trestle. Constructed in 1916, it is one of the largest and deepest trestles in North America. The trestle was originally built to get over a valley and a small creek. Later on, the road was built to access the Sleeping Giant.

We were surprised to find large owls nesting under the bridge and at the time of our visit (late April), there were very young hatchlings in the nest.? We left as soon as we discovered them and I hope that you plan to do this hike well away from nesting time so you will not disturb them either.

From Thunder Bay drive East on Highway 11/17 about 30 km to Nelson Road.? Turn right onto Nelson and follow it until you see the train tracks.? Park out of the way and start walking East along the tracks.